Before the pairwise registration algorithm can be initiated, it is required to define connections or so called adjacencies between individual scans. This accelerates the registration process enormously compared to testing all possible combinations since it rules out impossible registrations that would otherwise require computational effort. While this may be achievable for very small projects, e.g. 10 viewpoints lead to 45 registrations that would have to be tested, it is not advisable for large projects with 1000 stations since approximately half a million combinations would have to be computed. Instead Scantra offers several strategies to reduce the solution space to a minimum. Note that Scantra does not require pre-registrations even though it can use this information to accelerate the registration process.

In a lot of projects data is captured by performing a scan and then moving it a bit further so that next station is redundantly capturing parts of the previous scene. For projects that are carried out in this traverse-like setup one can easily connect the scans based on their Station IDs. The left part of the following figure shows Scantra’s Adjacency Graph where relations between scans were automatically established based on their Station IDs. The green arrows indicate that the pairwise registration was successful while it was not possible in case of the grey arrow between two scans. Hence, not all scans are connected after the bundle adjustment as depicted in the centre figure. By adding one more connection all scans are now registered to at least one other scan as shown on the right. It can be seen that all datasets are registered into one common coordinate system. As a next step, more connections between scans should be defined, if possible, to increase redundancy and thus reliability.

For the documentation of buildings, it is common that building plans or 2D CAD drawings are available prior to its observation. This visual information can be used to place the scans to their approximate location in the plan. Again, the geometrical position is not relevant but the topological adjacencies that are described by the Adjacency Graph. An example is given on the left of the following figure before and after the block adjustment as shown on the right.

The latest generation of terrestrial laser scanners deploys additional sensors for direct georeferencing such as GNSS-antennas, IMUs, cameras, compasses and the like to determine a scanner’s location and orientation. Scantra is capable to use this information to a) place the stations in the Adjacency Graph and b) to connect stations based on user defined settings. This accelerates the registration procedure since the coarse orientation and location serve as input parameters for pairwise registration. The figure below shows a set of stations that were placed in the Adjacency Graph window according to their pose that is stored in the file’s meta-data. The centre part shows automatically generated connections between scans. These were computed based on user-defined settings that specify a horizontal and vertical radius in which a connected station may be located. If this is the case, Scantra generates a connection. The purple colour indicates that initial values have been computed based on the given orientation and location which significantly accelerates pairwise registration. On the right of the figure the graph is shown after pairwise registration. It is also possible to refine existing projects that were already registered by other software. This can for instance be helpful in the case that the achieved accuracy was not sufficient or that explicit and meaningful quality measures are required.

Visit us at the Intergeo 2022 in Essen, Germany. Our experts for the products Scantra and Systra look forward to your vi...

We're delighted to announce that Scantra 3.0 PRO and LT can be downloaded from our server. Detailed information about th...

We're delighted to announce that Scantra 2.5 can be downloaded from our server. Detailed information about the latest de... 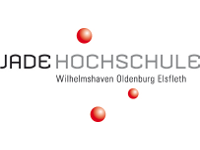 Our laser scanning specialists will present current results from our current research in two talks at this established c...

Visit us at Intergeo 2019 in Stuttgart, Germany. Our Software experts for the products Systra and Scantra look forward t...

We are using cookies on this web page. Some of them are required to run this page, some are useful to provide you the best web experience.

These cookies are needed to let the basic page functionallity work correctly.

is needed to run the page correctly

Statistic cookies anonymize your data and use it. These information will help us to learn, how the users are using our website.

is used for privacy friendly usage statistics on the page